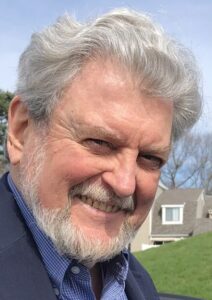 My name is Kelly Monaghan. Herewith, a few words about this site. I’m a retired travel writer and publisher with an abiding interest in theatre, especially repertory theatre. Despite the frequent use of the word “Rep” in the names of many American theatre companies, repertory theatre is an endangered species in the United States and virtually extinct in my little corner of the world — Connecticut, where tradition is a way of life™.

But the repertory ideal is alive and well in Ontario, Canada, home to the Stratford and Shaw Festivals. Perhaps because of the ways in which these two august institutions develop and nurture young talent, Ontario is also blessed with amazing actors, most of whom, bless their hearts, have resisted the lure of the obscene wealth and tawdry fame they see across their southern border.

In 2009, thanks to a Canadian friend’s recommendation that I check out a TV show called Slings and Arrows, I belatedly discovered the Stratford Festival. One-week stays turned into two weeks, turned into a month, turned into three months. Now my wife and I spend as much time as we can in Stratford. We gradually expanded our horizons beyond Stratford and now see much of what southwestern Ontario has to offer during the warmer months.

This site will document my continuing love affair with the richness of Canadian theatre and serve as a sort of aide memoire as, inevitably, the ephemeral experience of live theatre fades in my memory. I pay for all my tickets. In fact my wife and I are members of and contributors to most of the theatre companies this site reviews.

You are welcome to follow @ontariostage on Twitter, where I will tweet out notices of new reviews as they are posted. Another option is to click on the RSS logo on the home page, which will send notices of all new posts to your favorite feed reader or news aggregator.

It needs no ghost come from the grave to tell you that these reviews represent my own opinion and that your mileage may differ. I write as a theatre lover, not as a professional critic. The members of that estimable confraternity strive to surf the latest wave of the zeitgeist and write for posterity rather than the average punter wondering what to spend their hard-earned loonie on next weekend. That, too, is just my opinion and a jaundiced one at that. Since I have comfortably exceeded the three score and ten allotted by the Psalmist, my views may seem antediluvian to some. So be it.

Like Caesar’s Gaul, the site is divided into three hopefully self-explanatory parts — Ontario, Elsewhere (because I see plays wherever and whenever I can), and Blog (where I will comment on whatever). The site also includes an Index of Reviews.

The site uses ads in a futile attempt to underwrite the cost of its maintenance. Then there are affiliate links, from which I might also earn some money, like this one: