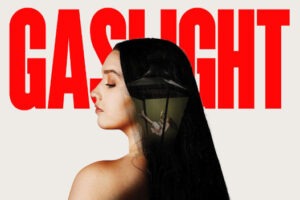 Gaslight at The Shaw Festival

I confess that I have never seen Gaslight, the 1944 film for which Ingrid Bergman won the Best Actress Oscar. Nor have I seen any of the various adaptations (there have been several) based on Patrick Hamilton’s 1938 play, Gas Light (now rechristened Gaslight). Indeed, I have struggled to understand the precise meaning of the term gaslighting as it is used in contemporary parlance. So I arrived at the Shaw Festival’s Royal George Theatre for the latest iteration of the piece as something of a tabula rasa in the Gaslight department.

It turns out that Gaslight refers not to psychological manipulation, a meaning it took on only later, but to the use of gas to light homes, a recent innovation at the time the play is set. Apparently, when the gas was lit in one part of the house the light level dipped briefly in other parts, a technical detail that provides a crucial plot point.

The current version is a new adaptation by Johnna Wright and Patty Jamieson. Ms. Jamieson, by the way, appears to good effect in this season’s musical, Damn Yankees. This new gloss on the text reduces the cast to four and tweaks the plot, eliminating a police inspector, in an attempt I can only assume to give the leading lady more “agency” in unraveling the mystery. So far, so good, but I would have thought that a present-day adaptor of what is apparently a creaky, dated, talky melodrama would have gone to some pains to eliminate or at least paper over the more egregious faults of the genre. But this Gaslight remains a creaky, dated, talky melodrama, which is not to say that it doesn’t have its allure, especially in the hands of a capable cast.

The date is 1901, the place London, and Bella and Jack are an uneasily married couple living in a rented house in which occurred a grisly murder, apparently committed by a burglar intent on robbing the single lady who lived there of some priceless rubies. The rubies are gone, but the murdered woman’s portrait still hangs in the living room and her housekeeper still attends on the present occupants. And the murderer (cue ominous chord) has never been apprehended.

The unease in the marriage is occasioned by Bella’s fragile mental state. She seems to hide things (the portrait is a favorite target) and then forgets having done so. What’s more, she hears someone — or something — moving about in the long-sealed attic, where the dead woman’s effects are stored. Her patient husband professes deep care for her mental well-being, even if it means he may eventually have to have her committed, like her mad mother before her. Needless to say, all is not what it seems.

The play plods along as Bella deteriorates and then, following a shocking discovery, gradually pulls herself together to become the heroine of the piece in a lengthy soliloquy that patiently explains the story so that the audience won’t remain clueless.

I fear I have given the impression that the play is not very good and, by contemporary standards, that may be the case. Nevertheless, it plays well and more than held the interest of the audience with which I saw it.

The incidental music and sound design by Gilles Zolty, along with the atmospheric lighting of Kimberly Purtell, provides the drama that the script often does not. And Judith Bowden has provided a suitably lugubrious set to house the goings on; she also designed the costumes.

But it is the cast, under the direction of Kelli Fox, that drags this old chestnut across the finish line. Julie Lumsden does a splendid job delineating Bella’s various levels of nervous hysteria. I had the feeling that her operatic training came in handy in this endeavor. André Morin can seem a trifle opaque as Jack, but that is precisely what the part calls for lest he spoil the ending.

Kate Hennig and Julia Course trade in the upper crust accents they employ in this season’s The Importance of Being Earnest for those of the servant class. Ms. Hennig is Elizabeth, the sturdy housekeeper who discovered the body of the murdered woman and Ms. Course is Nancy, a recently hired maid of suspiciously lax standards. Both are excellent.

Gaslight, by the way, is not the first Patrick Hamilton work Shaw has presented. In 2019 they mounted Rope, another, much more successful melodrama.

Gaslight may not be another Rope, but it is enjoyable middlebrow fare and if you are not up for the mental exertions required by G. B. Shaw’s Too True To Be Good, Gaslight may be just the ticket.