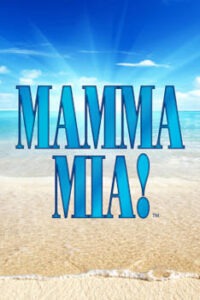 I am amazed that I managed to reach my advanced age without ever once seeing Mamma Mia! But I have a good excuse. After all it’s only been around since 1999. It only ran on Broadway for 14 years. Only a few more than 65 million people have seen it worldwide. On the other hand, my dilatoriness may have had something to do with snobbishness. A jukebox musical? Oh, please! By ABBA, that pop-schlock outfit from Sweden? Spare me!

I probably would have skipped Mamma Mia! at Drayton Entertainment’s St Jacobs Country Playhouse, too, had I not happened to notice that Blythe Wilson, who enchanted me in Guys and Dolls and Billy Elliot at the Stratford Festival, was in the cast. So I bought tickets and went.

What the hell took me so long?

I suppose I can still be snobbish enough to say that Mamma Mia! is slight, that aside from a couple of catchy tunes the music is forgettable. But English playwright Catherine Johnson took the ABBA song book and used their greatest hits as a framework on which to hang a clever romantic tale set on an idyllic Greek island.

Donna Sheridan, a single mom, has been running a taverna there for almost twenty years. Her twenty-year-old daughter Sophie, who never knew who her father was, is about to get married. Having stolen her mother’s diary she has learned that mom had three romantic encounters around the time she was conceived. So she does the logical thing: she tracks these guys down and invites them all to the wedding unbeknownst to her mother. Added to the mix are two of mom’s old chums, her backup singers when she billed herself as Donna and the Dynamos. Hilarity ensues.

The way Johnson has managed to fit ABBA’s tunes into Mamma Mia! hardly ever seems forced and at its best the combination is enthralling. It’s no wonder the show has grossed gazillions.

Director/choreographer David Connolly, set designer Brandon Kleiman, costume designer Rachel Berchtold, and lighting designer Jeff JohnstonCollins have delivered a Mamma Mia! that manages to look and feel sumptuous on what I can only imagine must have been a limited budget. The theatre, after all, seats just 400 or so, it’s a limited run, and ticket prices are modest. The intimate scale of the theatre by the way means that there are truly no bad seats.

The cast, too, is first rate. Blythe Wilson is wonderful as Donna. She’s a great singer and is absolutely stunning in a gold outfit when she and the Dynamos rock out to “Super Trouper.” The Dynamos, Jackie Mustakas and Nicola Dawn, aren’t too shabby either. Dawn is hilarious in the number “Take A Chance on Me.”

As Sophie, AJ Bridel is not merely drop-dead gorgeous, she is a gifted singer with real star presence. I enjoyed all of the three possible dads. Mark Harapiak has appeared at the Stratford Festival in Billy Elliot; Stephen Sparks is the co-author of Buying The Farm; and Kyle Blair just moments ago, it seems, was playing juvenile roles at the Shaw Festival.