Othello at The Stratford Festival – A Review 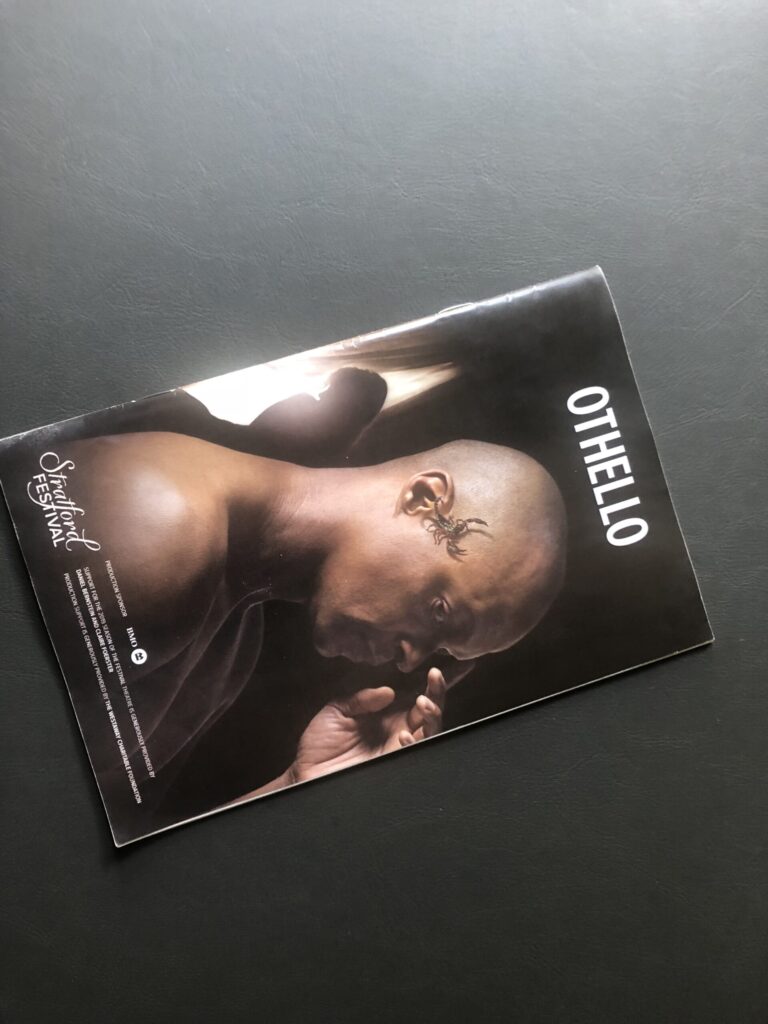 Othello at The Stratford Festival William Shakespeare’s Othello is, of course, a tragedy. The tragedy in the current modern dress production of the play at the Festival Theatre is that some fine actors suffer under the misdirection of director Nigel Shawn Williams. Williams seemingly has never seen a dramatic moment he didn’t want to underline, […]

Merry Wives of Windsor at The Stratford Festival – A Review 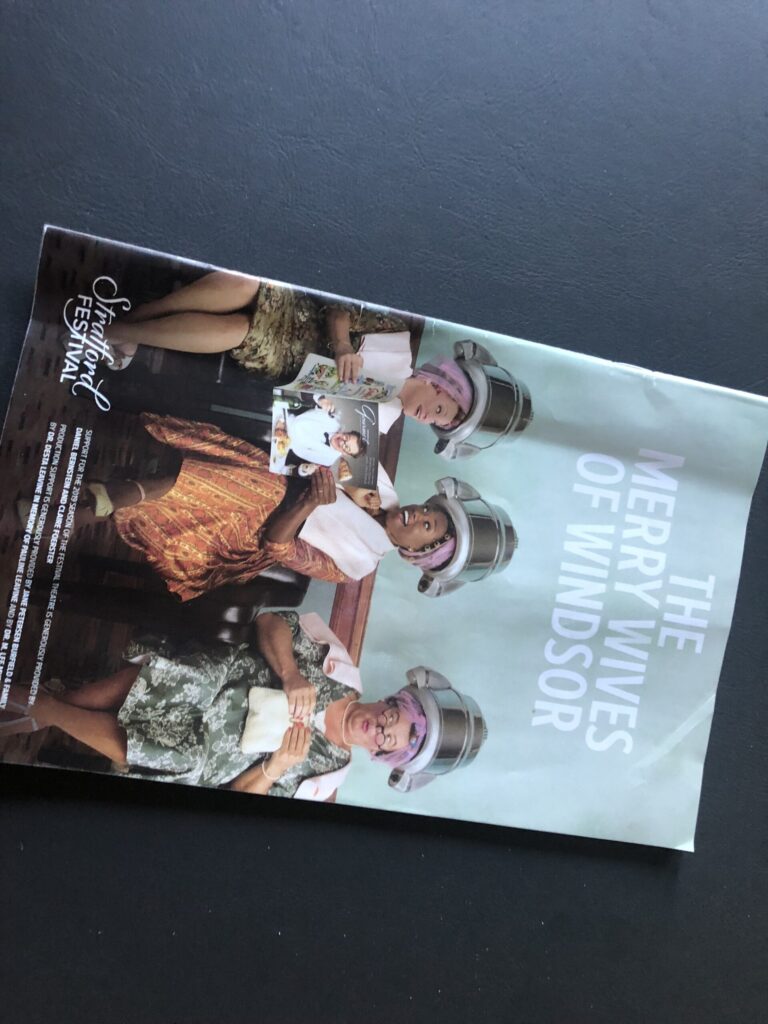 Henry VIII at The Stratford Festival – A Review 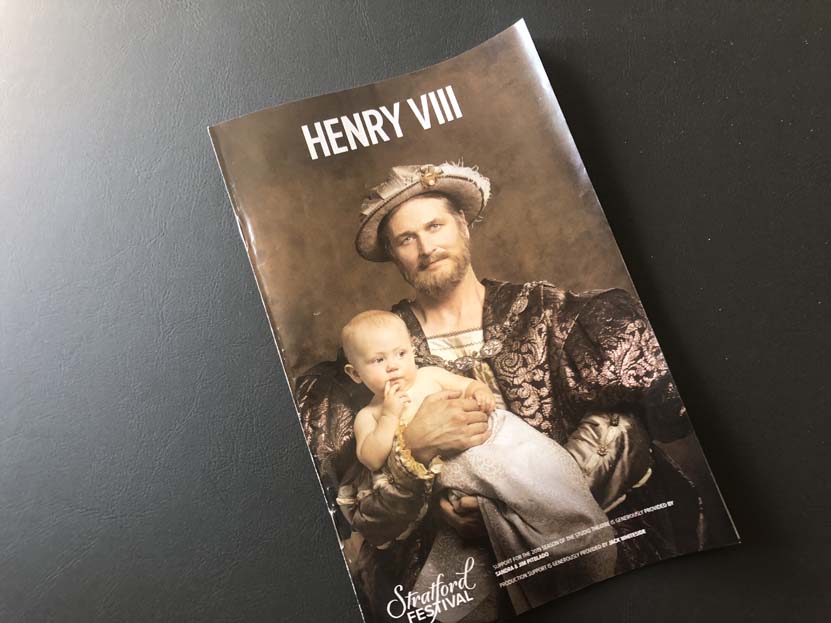 Henry VIII at The Stratford Festival Henry VIII is one of William Shakespeare’s last plays and one of the oddest. It would seem that the play was designed to compete with the growing popularity among the Globe’s monied clientele of court masques, elaborately staged pageants that featured rich costumes and ingenious special effects. Ironically, the […]

Lear at Harbourfront Centre in Toronto – A Review

Lear at Harbourfront Centre in Toronto Director Graham Abbey and his Groundling Theatre Company continue their gender bending ways with Lear, starring Seana McKenna, which drops the King from William Shakespeare’s title and presents the tragic monarch as a woman. The results are mixed. Once again, Abbey proves himself a masterful interpreter of Shakespeare. The […]

Richard III and Twelfth Night on Broadway: A Review 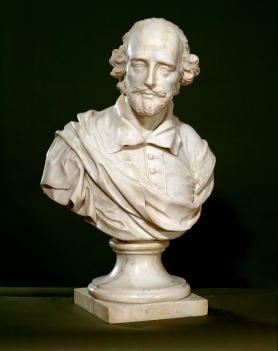 Richard III and Twelfth Night on Broadway At the Belasco Theatre, New Yorkers are being treated to an all-too-rare opportunity to see William Shakespeare’s Richard III and Twelfth Night performed under the “original practices” rubric favored at the reconstructed Globe Theatre in London. All costumes are authentically Elizabethan, meaning no zippers, no Velcro, no artificial […]

Much Ado About Nothing at the Stratford Shakespeare Festival 2012 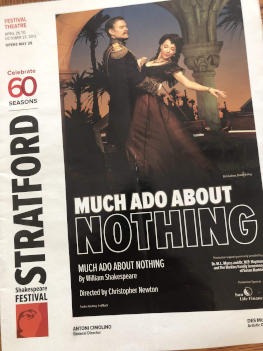 Much Ado About Nothing In Much Ado About Nothing, Beatrice and Benedick are the fun couple of the William Shakespeare canon. As seemingly incompatible as oil and water they are nonetheless fated for each other and the pathetic fallacy of their inevitable coming together, engineered with a clever trick by their friends, is what makes […] 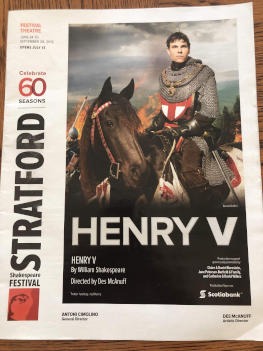 Henry V I suppose there’s no escaping that Kenneth Branagh’s 1989 film version of Henry V is the Henry of our age, even twenty odd years later. So any new production, let alone one that carries the imprimatur of the Stratford Shakespeare Festival, has to be prepared for comparisons to a masterpiece. Leaving the Festival […] 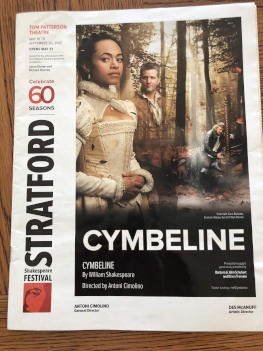 Cymbeline If you’ve never seen William Shakespeare’s Cymbeline there’s a good reason for that. The play is devilishly difficult to do. Start with a large, sprawling cast filled with roles that would challenge even the best actors. Then add a complex, intricate and, to modern tastes, sometimes ludicrous plot. Top it all off with some […] 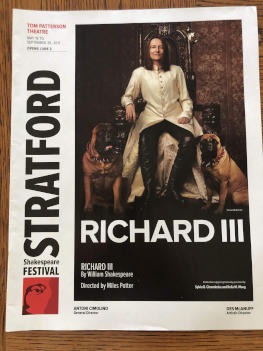 First, it must be said that McKenna is a much more than adequate Richard. So much so that I and several companions were left wondering why, after demonstrating that this woman could take up one of Shakespeare’s greatest villains and make you forget her gender almost immediately, the director Miles Potter (who is also McKenna’s husband) didn’t ask more of her.

The Merry Wives of Windsor at Stratford Shakespeare Festival 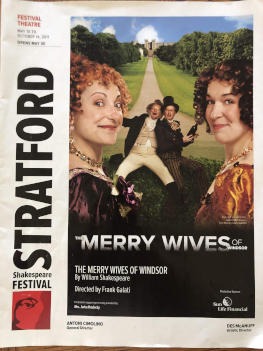 Falstaff is played by long-time Festival star Geraint Wyn Davies and his performance is an unalloyed delight from start to finish. Even so, Tom Rooney almost steals the show with his splendid turn as the might-be cuckolded Ford.